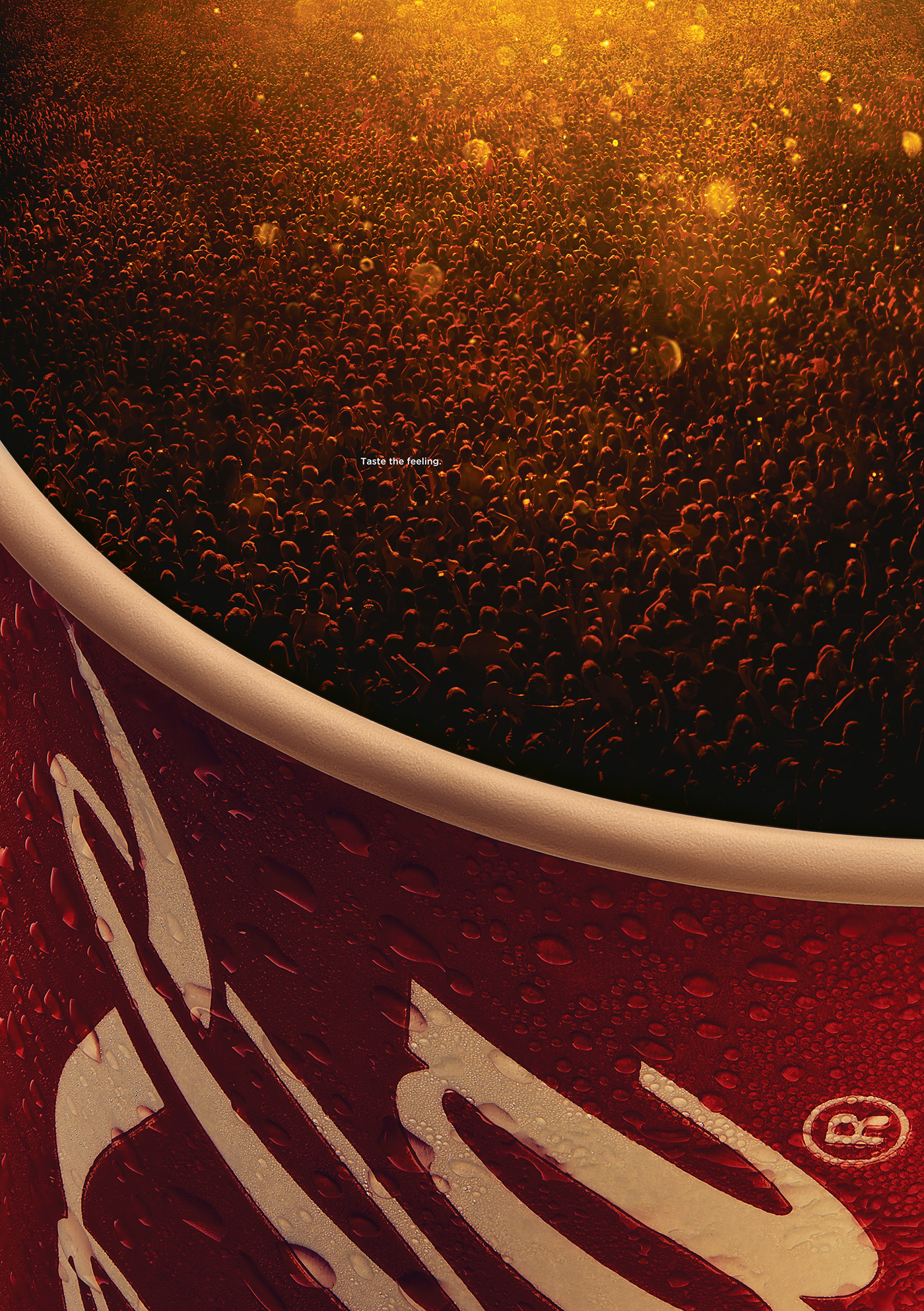 The accompanying words said, “This is not a Coca-Cola. It is an experience.” Really? It certainly looked like a Coca-Cola. While still confused, I was also informed that for Coca-Cola, experience goes far beyond the first sip and that I should make ‘experience’ my business.

With a little click, I found myself face-to-face with Coca-Cola’s VP of Global Design. He told me that they sell almost two billion, (2,000,000,000) servings, excuse me, ‘experiences’ a day. And thus, on a digital platform, he would like to have two billion conversations a day, because brands need to listen to their consumers who are all apparently craving choice and innovation.

If so, I hope he is fluent in Twi, one of the Kwa sub-groups of Niger-Congo languages, spoken in Ghana. In 2016, Coca-Cola launched a major initiative in Accra, called Taste the Feeling. It seems they were feeling bad for the millions there who had maybe not been privileged to enjoy the ‘experience’. Interestingly, a group of public health researchers has already done a little study accessing the marketing of non-alcoholic beverages in outdoor ads (visible signs) in a small section of Accra. Of seventy-seven ads, sixty percent featured sugar-sweetened Coca-Cola products–some fraction of which are near schools and feature children–I mean consumers, or soon-to-be ones–begging for conversation.

My dilemma caught my eye, knowing that this Mr. James Sommerville, would most likely not wish to hear from me. Given that it has been about forty-something years since my last sip, I could certainly not claim to be a consumer, thus depriving the company of that 2,000,000,001 serving. Ah, but he had certainly provoked my ire with this seductive, manipulative, alluring message about the right friends, the right time, the right glass–and the tingle.

Might I suggest that he is high fructose corn syrup coating the ‘experience’ or seeing it through caramel-colored glasses–with a blast of phosphoric acid and caffeine. Or, that he has drunk too much of the figurative Koolaid– aka the company’s addictive secret syrupy recipe.

While it is certainly possible he may have already seen my anti-Sugar Sweetened Beverages (SSBs) rants, it is not likely. If not, maybe, because like me, he’s recently been watching the 9-Part Docuseries, iThrive, Rising from the Depths of Diabetes and Obesity. But, I don’t think so.

If anything, back when I was writing more about this topic, he may have been concerned with the efforts of the Global Energy Balance Network (GEBN), a Coca-Cola-funded non-profit, engaging scientists in the promotion of energy balance and exercise as the solution to obesity, thus underplaying the evidence on the impact of SSB’s. While founded in 2014, the GEBN was disbanded by the end of 2015, after a New York Times article brought attention to public health authorities’ concerns about its corporate influence. A recently published essay provides some greater insight into the company’s intentions by shedding light on some of its internal documents.

Or, I don’t know. Maybe lately he’s just been busy globally designing alcopop drinks in Japan. (My dilemma, just gave me its you’ve got to be kidding me look. No, I am not kidding.) But, whatever, he is up to something–and I don’t get it. Even though he was looking right at me, he lost me at “physical analog world” and “push work out to the market”. I know this is nothing new, but call me naive. What’s up here? Does Coca-Cola have to weasel its way into every mouth on the planet–ruining perfectly good teeth, or worsening not-so-great ones? Not to mention incurring potentially more harm. Why such deliberate cunning? Is this not loca?

A few years ago, I wrote about my dismay regarding Coca-Cola’s marketing ploy of placing common names on their labels. Interestingly, as I was delving into the Ghana campaign, I came upon a story that there was a proposed boycott of the brand in the country. I had a touch of health promotion optimism upon seeing the headline. But, apparently, the boycott was due to the fact that the names that the company had placed on the labels in Ghana, were names more predominantly found in the southern part of the country, and did not include the more common (and Muslim) names of its northern reaches. Oh, dear lord.

Well, here is my solution to that problem. Why not put only the names of the executives, such as James, on the labels? This way, consumers will know whom to contact directly should they need any assistance with their health or dental issues or geopolitical concerns.

It may be tempting to say, for god’s sake, it is just a soda! Let us just ‘experience’ that feeling of happiness, let us ‘taste the feeling’ if nothing else–is a soft drink in hard times asking too much? But unfortunately, it is far from that simple. I ponder these matters about profound insults to population health and where lies responsibility. Coca-Cola and its products are certainly not only to blame, but considering their tactics, neither are they blameless. To say they are a big player is a big understatement.

It is most obvious to look at the rapid increases in the prevalence of obesity and diabetes around the globe as indicators of our health crises influenced by our dietary behaviors. And, yes, according to the latest survey data (published just last week), here in the US, we are still getting fatter, while the food industry giants continue to fight hard against public health measures.

But, there are also other implications of the manipulations of our dietary environment by corporate interests. In recognition of this weekend’s global marches against gun violence in our society, I had wanted to explore the topic of nutritional violence, but this guy cut into the front of the line. Bully. But, I will get to that next. They may be related.

Update July 2018: In Town with Little Water, Coca-Cola is Everywhere

Related Posts: Reporting from the Rim of the Sinkhole; So-duh; Brought to Tears; Nutritional Violence

The Lives Taken Broken My Plates

In school, I should be concerned

About my Health Class topics