Some serious news has crossed this nutritionist’s desk. A new study published in Obstetrics and Gynecology and reported by Science Daily shows that 25% of overweight women do not know that they are overweight! C’mon. I can see maybe not knowing if you have high blood pressure or an obnoxious personality, but I am pretty sure overweight women are not walking around too delusional. 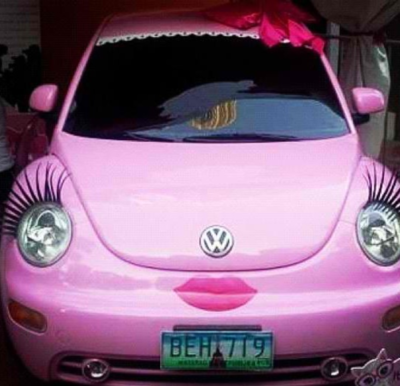 Of course, once again it is those Black and Hispanic women who seem to be most in the dark about their weight status, along with women who hang with other fat women. But, it could happen to anyone–even you. Do you know your body mass index (BMI)? If not, it is quite possible that you too are a misinformed blob.

This type of media messaging drives me insane. The study involved asking childbearing-aged women aged 18-25 some objective and out of context multiple choice type questions about a very subjective issue. The responses were matched to the (once again) imperfect BMI and the results were interpreted to show that 25% of overweight and obese women didn’t realize they were fat. The study authors conclude from this that this misperception will “lead women to continue to eat poorly, to gain more weight and to eventually develop the complications of obesity”. As opposed to those who are fully aware of their corpulence? If you didn’t deem your body ugly and problematic and its BMI was any higher than a 25–the threshold of gluttony–you clearly have had your head in the ice cream freezer for too long. Tell me, who gets these research dollars? I want some.

The study authors say that they were not surprised by the results based on their belief system that “as the nation’s obesity rate grows, it becomes more socially acceptable to be overweight and the truth becomes obscured.” Those who can no longer see their toes must now be mightily perplexed.

The lead study author goes on to say “people compare themselves to those closest to themselves”. I am not really sure what that means. I presume she is reiterating this other new belief, that if all your friends are fat, and if you are fat, you think that is normal. I thought I was a “normal” weight woman, but, now I’m wondering if maybe I just think I’m “normal” because I spend my days with high weight people–and can no longer assess my own size.

I work with some real heavyweights. My clients have BMIs in the thirties, forties, and fifties. I realize the privilege and responsibility I have in talking to people about the very intimate topic of weight and body size. Having done this work for many years, I think I have a deep respect for the territory, but on occasion, I too may overstep the boundaries. Sometimes, I am compelled to inform someone that their health may be at risk when it is my conjecture and not their truth.

My days are filled having very insightful and meaningful conversations with very reality-based individuals (not numbers)–each with their own profound story about eating, diet and self-care. And all that has influenced these. Most usually, my clients seem to appreciate having an opportunity to safely talk about these sensitive issues. Most are interested in change not because they suddenly realized they were fat, but because something else is impacting their physical or emotional experience. Some have had previous efforts trying to melt away their fat–others, are trying to figure out where to even start.

When they are with me, my clients are very nice, but for all I know, behind my back, they are probably calling me skinny, undernourished or bony. Perhaps it is time for fat people to reclaim normal and to expand the derogatory language used to describe skinny people. I offer hyperactive, self-absorbed, or neurotic. However, mind you, many are just genetically under-endowed. Overlooked in the dialogue about appropriate weight is that the vigilance, self-scrutinizing. attaining and maintenance required is much more of a privilege than we presume.

I would like to advance the Peter Paul Rubens standard of sensual Rubenesque beauty and health. A standard that allows for people to feel comfortable in our bodies in the way that much classical art portrays. I actually think that when we were created in the great creator’s own image, a little pudge was part of the package.

The correlation between weight and health is not a black and white issue as we have been led to believe. Some fat reserves may even be protective. Of particular note, some of the subjects included in the study were indicated to be postpartum, a particularly interesting and specific metabolic period which I believe is not fully understood or appreciated. Also, “normal weight misperceivers”, or those whose BMI fell within the normal range but perceived that they were overweight, were more likely to engage in unhealthy behaviors including dieting, meal skipping, smoking, and carbohydrate restricting.

I am not dismissing the serious health issues associated with excessive weight and obesity. I see them, feel them and single-handedly try to warn against and prevent them every day of my life. I imagine these researchers were well-intentioned. But, at this point in the game, I would expect a more sophisticated and nuanced understanding of the situation such as that presented by Cara Kulciwki in The Curvature. Based on studies like these, I am just praying that car mechanics don’t start handing out a questionnaire to childbearing-aged women about auto maintenance beliefs and behaviors. When that happens, watch out suburban white women for we will be royally humiliated. I bet at least 1 in 4 of us mistakenly believes that our tires are properly inflated and that our batteries are fully charged.