Not even two weeks in, it might seem a little early to consider the nutritional impacts of the new administration. However, while maybe lost among the more pressing issues, there among the flotsam and jetsam of the post-inaugural news was a story that caught my eye. A story that might begin to inform. But first, let me back up a little.

My antenna is usually positioned to pick up the bits of information associated with food and nutrition as it relates to the personal or the political–and it beeps especially loudly when there is an atmospheric collision of the two. 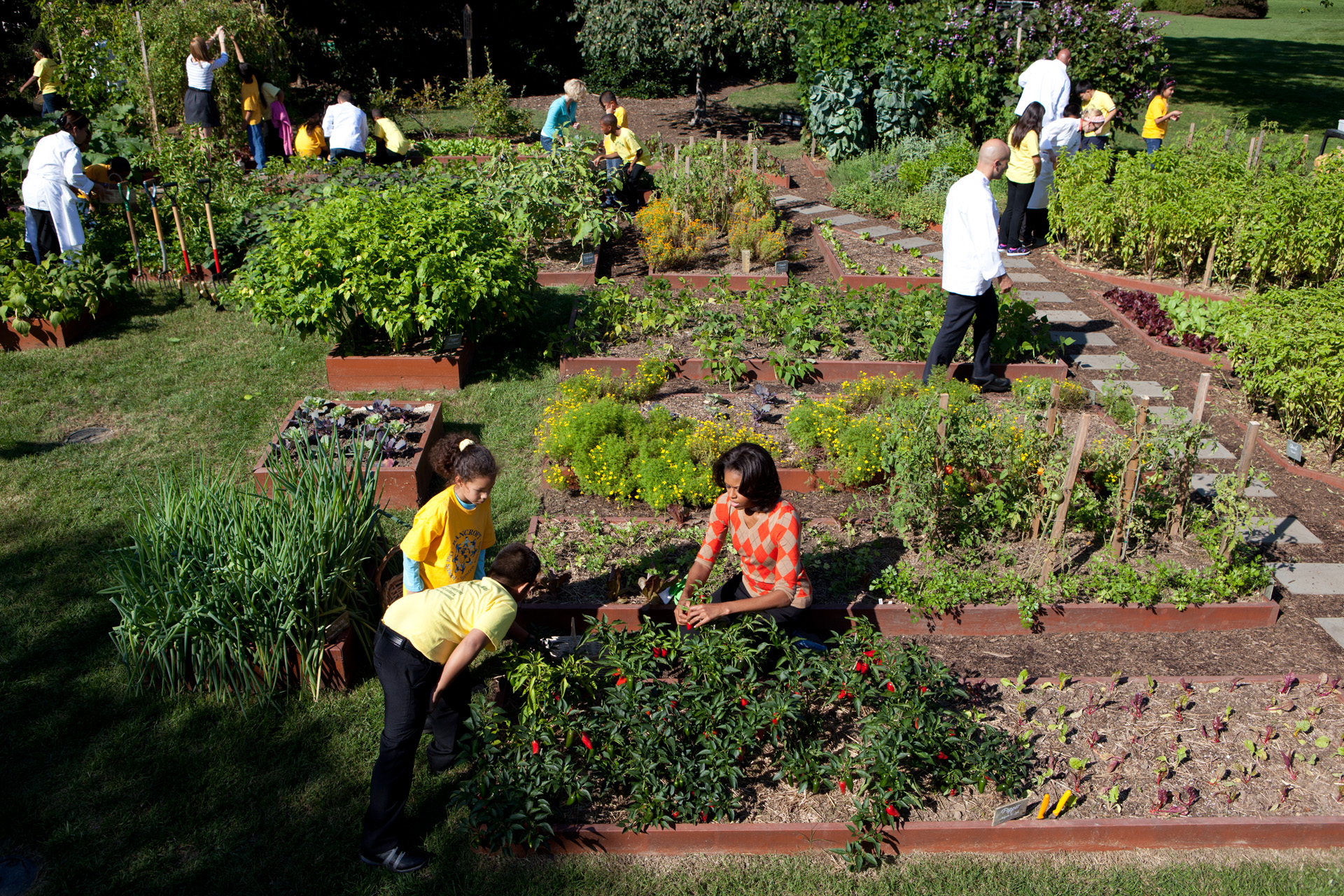 As regards presidential matters, examples from prior administrations–beginning with my own nascent awareness of such things–include the following:

And so, that brings us up to the present. I have gleaned a tiny bit about the dietary and culinary inclinations of the new commander-in-chief. For now, let’s just say I am not surprised. I am also remembering the ridiculousness of his pizza parlor outing in NYC with Sarah Palin. And, I have now found this–his alternative facts explanation.

While for now I can ignore the personal, I am still quite worried about the political. I am concerned about the fate of Michelle’s beautiful organic garden at the White House. And, the myriad initiatives that germinated under her tender care, yielding amazing gardening programs and healthier food systems in schools and preschools as well. Not to mention the attention that is given to facilitate women’s ability to breastfeed their babies, optimizing children’s health from birth. What is going to happen to all of that?

Well, the details are still scant, but here’s what I have so far that may give us a clue. It comes from that one story I mentioned above. It was the story about the Inaugural Cake. Here are the basics of what happened, in case you missed it. The setting was the Inauguration’s Armed Services Ball. The cake was a nine-tiered tower whose design was blatantly plagiarized from one made for Obama’s Commander in Chief Ball in 2013. The baker, merely following orders, was not aware of the plagiarism until after the fact. At the Ball, the cake’s bottom layer was sliced by means of a military saber wielded jointly by Trump and Pence. And the real kicker? Apparently, only that lowly layer was actually real cake–the rest of it was made out of styrofoam. It was a styrofoam cake!? Don’t they know about the styrofoam bans?

Oh, dear fellow plebeians–and members of the military–prepare to heed the call of the new administration’s both obesity prevention and anti-hunger programs. It may, in fact, be, “Let them eat styrofoam!”

Well, that is it for now. Please take care and make sure to eat your greens. For those of you who have been marching around in the cold of winter, let’s share a virtual cup of tea or some hot Golden Milk to warm us up. And curl up to read the many links on this post.

If only we could

Change the world on that one day

By feeding our hearts.

10 thoughts on “let them eat styrofoam”