With the story in today’s news of Hostess Brands threatening liquidation of its company and the future of the 500 million Twinkies that are baked–I mean manufactured–each year at stake, I present again this piece about our snack food lives. I wrote this piece in January 2012 when Hostess filed in bankruptcy court for Chapter 11 protection. On the surface, the story is about labor costs, unions, workers’ rights, and the economy, but mixed into the batter are issues about our health care costs (once again) and changes in American food consciousness and its effects on the industry and the economy. However, it still remains to be seen if Ding Dong, the Twinkie is truly dead. I dare to say I doubt it, but as you will read below, Carlos Barrios’ interpretations of the 2012 Mayan prophesies deserve heeding as the calendar is shortly set to begin its next cycle.

Recently, I read about someone who was working on an environmental project in the Maldives. After a day of difficult field work, the writer said the group enjoyed kicking back by relaxing on a boat and enjoying a snack of faur. Ah yes, faur, that local favorite made from betel leaves, cloves and nuts.

Now, of course we here–here being the US of A–do snack on some natural foods like fruits and nuts, but in thinking about the Maldivians floating in those beautiful turquoise waters of the Indian Ocean and about other cultures as well, I got to wondering, what would be our native snack if one day all of the giant snack food manufacturers just got so sick of themselves they just fell down belly up.

What soothed and satisfied us before a certain Mr. Herman W. Lay began hawking his wares? Around here, I suppose we had products made of maple syrup like maple cream which is yummy; and, had apples and pumpkins made in to pie–and beef made into jerky. And, what about the potato chip?  A nice tuber scrubbed clean of its earthen sod, sliced thinly and cooked to a crisp in a pot of oil. Could that not count as native fare?

Legend has it that the potato was first chipped by a Native American chef quite close to where I live. I could bike to that sacred ground–or walk there in pilgrimage if really gastronomically inspired. The story goes that George Crum, annoyed by a customer’s complaint about the dinner potatoes being cut too thick, responded with a plate of very thinly sliced, translucent, barely there taters. The rest is history.

It turns out that the first product Mr. Lay began to sell was the potato chip–about sixty years after that restaurant mishap. So, one could argue that the potato chip–along with the corn chip–were indigenous snacks until they were co-opted by Frito-Lay. They may in fact have originally had some nutritional benefits as might faur– though my brief research suggests that betel leaves in excess are not without their own set of problems as well.

Somehow, with the mass introduction of packaged snack foods we began to seriously stray from our more nut, seed and fruit-eating behaviors. While families in Afghanistan still relax–if they can–with pistachio nuts and dried apricots, things here have never been the same since the arrival of  Bugles. I remember seeing my first bag of Bugles at my childhood friend Susan’s house. Once trumpeted onto the communal palate it seemed there was no turning back. I suppose the same could be said for all of our modern snacks including the once seemingly indomitableTwinkie which is eighty years old already.

Surprisingly, I actually don’t encounter the Twinkie much on my nutritional beat. It is either so ubiquitous that it doesn’t register on my radar screen or it does not command valuable prime shelf placement anymore. And, amid the thousands of diet recalls I demand from my clients, I hardly ever hear mention of them. Little Debbies seem the more popular portable snack cake these days. Now that I think about it, the Twinkie despite its iconic reputation, is rather tame and boring in comparison to more obscene or more seductively marketed snack newbies. I guess this explains why it may be on the smush-ing block–and not because it has 37 artificial ingredients. 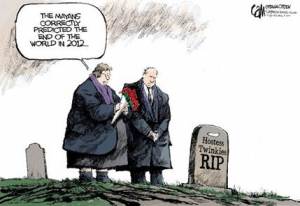 The Mayans Correctly Predicted the End of the World in 2012:  Hostess Twinkies RIP

However, it is the chemically-laden nature of most of our snack foods that have granted them predominance and permanence in our lives. If you doubt  this issue of purposeful manipulation by the food industry, take a look at this 60 Minutes segment  http://blackgirlsguidetoweightloss.com/video-clips/video-vault-inside-a-lab-that-creates-chemical-flavorings/  or, at this dissection of a twinkie at http://blog.fooducate.com/2010/06/11/a-visual-of-twinkies-37-ingredients/

But, getting back to my original query, if just say, Bugles, Twinkies and all the other thousands of products that dominate the snack manufacturing world were suddenly to go extinct, what would we do?  What could we reach for that would be grown from our regional environments and get the dietary industry’s seal of approval? Could a chomp on some Eastern White Pine needles substitute for pretzel sticks? They are an excellent source of Vitamin C and can be made into a tea as well. Would we dig our teeth into some bark which was actually a food source for the native tribe for whom the glorious Adirondacks that tower nearby were named. Actually, the name Adirondack literally means bark eater for the sustaining dietary practice the tribe was known for.

It turns out my musing about what we are munching on is not without some precedence. There is a wild foods movement, that promotes the preservation, tasting and enjoyment of  indigenous foods and that is dedicated to sustainable foraging and harvesting methods. Assortments of  micro-nutrient rich foods including preserves, jellies, syrups, mushrooms, teas, vegetables and vinegars may be made from some familiar and many unfamiliar but common vegetation. There are various possibilities in how we could be deliciously nourishing ourselves with nature’s natural snack foods.

Neither is it without some prescience. I just received some writings of Mayan elder, Carlos Barrios, a ceremonial priest and spiritual guide who is learned in the interpretation of the Mayan calendar. In his clarification of the 2012 prophecy, he states it portends a time of transformation rather than an end of the world– and that we need to be prepared for this by focusing on acts of unity. Amid his recitation of a few required actions, I was a bit surprised to see him advise, “Eat wisely–a lot of food is corrupt in either subtle or gross ways. Pay attention to what you are taking into your body.”

Sounds wise to me.  I wonder– like peak oil– when we will reach peak adulterated food. How will we find our way back to what the native Hawaiian’s call Aloha ‘Aina—love of the land that feeds us?

My Plate Haiku
Lagoon Watercress
Peppers my tongue
With spring joy.
By Roxanne

4 thoughts on “faur faur away liquidated”